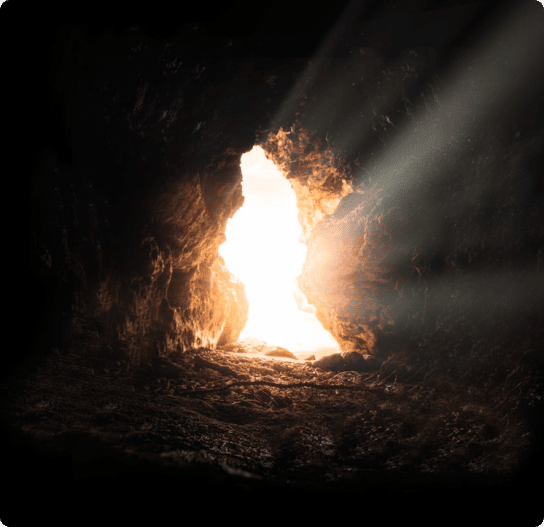 Is Jesus real? Who is he? Can we be sure that he exists?

The Bible centers around Jesus, who is arguably one of, if not the, most influential and well-known figures in all of history.

However, it wasn’t always that way. Despite Jesus’ dedication to God’s word, he was reviled in his time. People scorned him, mocked him, and eventually killed him on a cross. But there were also those who believed.

With such a larger-than-life presence, it’s important to know that Jesus actually existed and did all the things the Bible describes. Who is Jesus? What did he actually do? And why does he have such tremendous influence in the modern world? By analyzing the life of Jesus, we can find irrefutable proof of his existence and teachings and understand the long-lasting impact he had on the world.

Our investigation should begin with an examination of Jesus as he is presented in scripture. We’ve chosen to look at five different aspects that give us proof of Jesus’s existence and work in the New Testament.

Jesus was known for being a powerful teacher. His words shocked the world. After listening to him, many began to question long-established ideas they had previously regarded as the truth. Watch this video to learn more about how Jesus was able to guide people to the faith with his words.

Jesus was also known for his miracles. He lived in a culture which was more appreciative of miraculous events than we are today, but even so some of Jesus’ original audience was baffled by the way he performed miracles, and the teachings that always accompanied them. Check out the video to learn about the incredible acts Jesus performed to inspire faith in his followers, and contempt in his enemies.

Jesus made many claims in his lifetime that stirred up controversy. They mainly centered around his identity. When he first began to preach, no one could figure out who he was or where he came from. He revealed himself gradually to those around him as the Christ and the Son of God; an extreme claim which earned him both ardent support and vicious rejection. Watch this video to explore how Jesus’s claims shaped his experiences in the Bible.

Long before Jesus was born, his existence was anticipated. Prophecies in the Old Testament – which can be traced back to hundreds of years before Jesus – predicted Jesus’ birth, life, death, and resurrection. Key passages foreshadowed parts of his life, while prophets hinted at how a Messiah would come to this world. These advance notices in the Old Testament help bridge the gap between the old and the new, and they give us a better understanding of how Jesus fits into the entire story of the Bible – not just the New Testament. Check out this video to understand the aspects of Jesus’s life that were anticipated in the Old Testament all along!

Not only is Jesus the center of our faith, he is also a historical figure. And like any historical figure, his presence is verified through eyewitness accounts. We would never know about Jesus if not for the testimony of his followers. People actually witnessed the miracles and teachings of Jesus firsthand. Even the stories of those who doubted and hated him are recorded. It’s all in the Bible, acting as living proof of the life and death of Jesus. Watch this video to learn about the people who provided their accounts of Jesus – accounts which we can read today.

6. His impact on the world

The importance of Jesus cannot be understated. While he lived a short life, he made every second count. Because of his teachings, Christianity spread to every corner of the earth. He changed the world forever with his words and with his life. Check out this video exploring Jesus’s impact.

By analyzing the life of Jesus, we can find irrevocable proof of his existence and teachings and understand the long-lasting impact he had on the world.

What questions do you have?

We would love to hear from you and we pray this page aids in your search for answers.